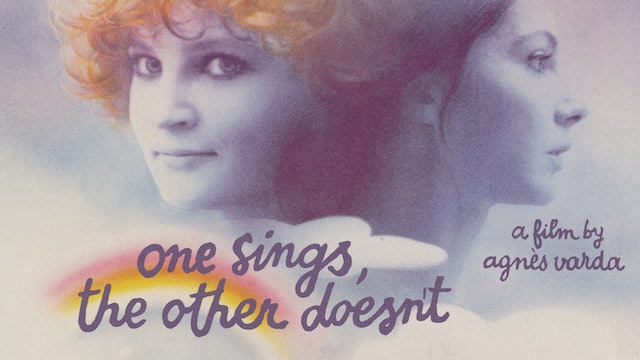 One Sings, the Other Doesn’t

In the early 1960s in Paris, two young women become friends. Pomme is an aspiring singer. Suzanne is a pregnant country girl unable to support a third child. Pomme lends Suzanne the money for an illegal abortion, but a sudden tragedy soon separates them. Ten years later, they reunite at a demonstration and pledge to keep in touch via postcard, as each of their lives is irrevocably changed by the women’s liberation movement. A buoyant hymn to sisterly solidarity rooted in the hard-won victories of a generation of women, ONE SINGS, THE OTHER DOESN’T is one of Agnès Varda’s warmest and most politically trenchant films, a feminist musical for the ages.