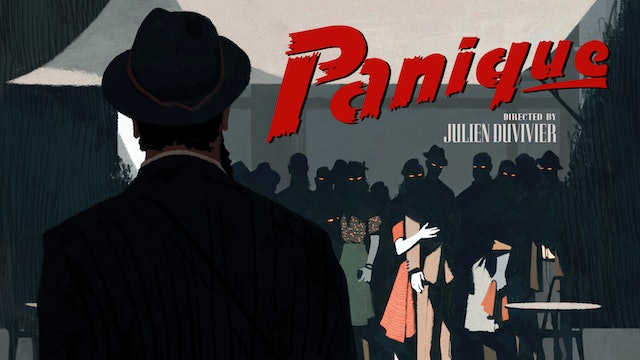 Proud, eccentric, and antisocial, Monsieur Hire (Michel Simon) has always kept to himself. But after a woman turns up dead in the Paris suburb where he lives, he feels drawn to a pretty young newcomer to town (Viviane Romance), discovers that his neighbors are only too ready to suspect the worst of him, and is framed for the murder. Based on a novel by Georges Simenon, Julien Duvivier’s first film after his return to France from Hollywood finds the acclaimed poetic realist applying his consummate craft to darker, moodier ends. Propelled by its two deeply nuanced lead performances, the tensely noirish PANIQUE exposes the dangers of the knives-out mob mentality, delivering as well a pointed allegory for the behavior of Duvivier’s countrymen during the war.