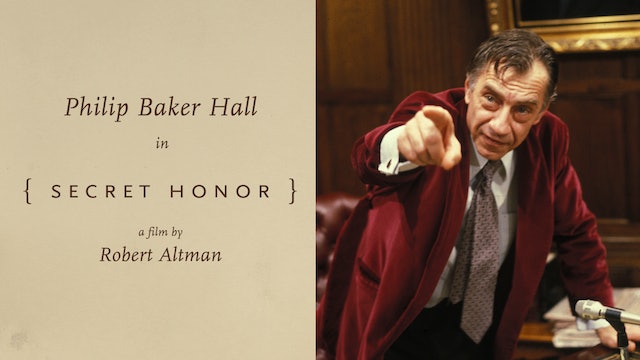 Sequestered in his home, a disgraced President Richard Milhous Nixon arms himself with a bottle of scotch and a gun to record memoirs that no one will hear. He is surrounded by the silent portraits of Lincoln, Eisenhower, Kissinger, and his mother, as he resurrects his past in a passionate attempt to defend himself and his political legacy. Based on the original play by Donald Freed and Arnold M. Stone, and starring Philip Baker Hall in a tour de force solo performance, Robert Altman’s SECRET HONOR is a searing interrogation of the Nixon mystique and an audacious depiction of unchecked paranoia. 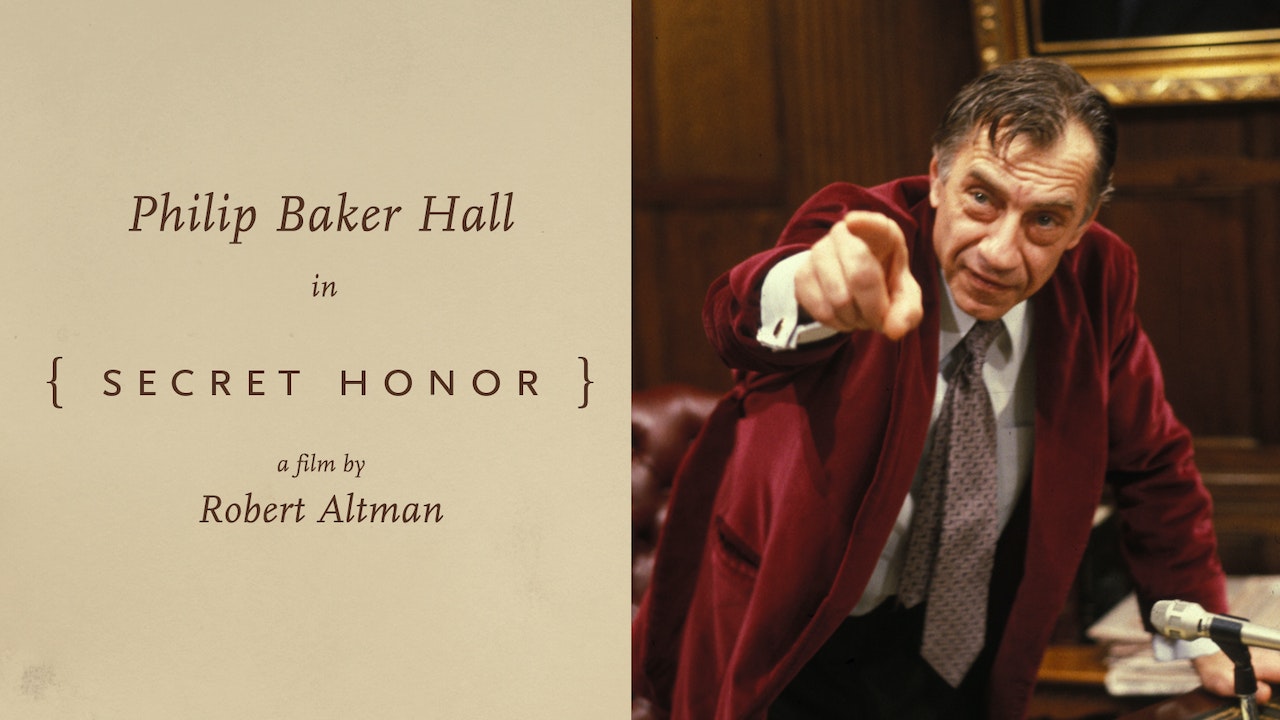