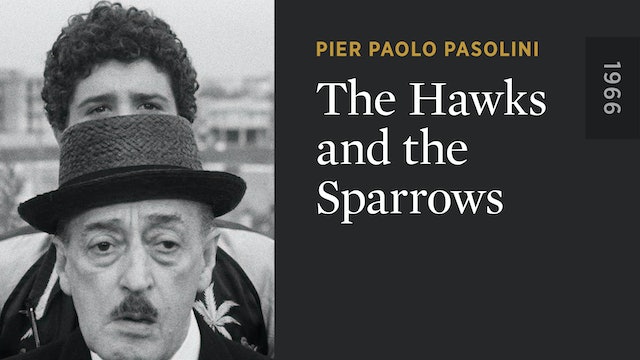 The Hawks and the Sparrows

Pier Paolo Pasolini deconstructs his twin interests—Catholicism and Marxism—in this subversive, fable-like comedy. Italian-cinema icon Totò (in his final starring role) and Pasolini muse Ninetto Davoli star as a father and his slow-witted son, who go out walking and come across a talking, philosophical crow who launches them on a time-traveling adventure that takes them back 750 years in history to the time of St. Francis. 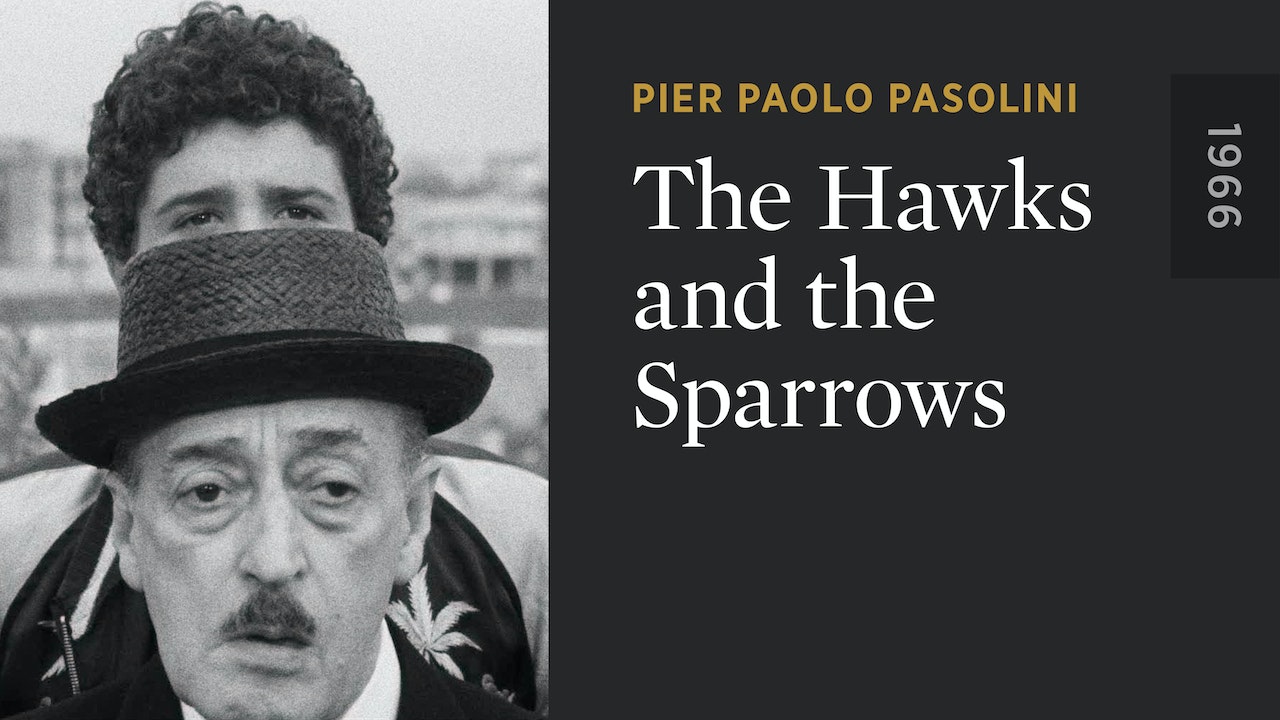