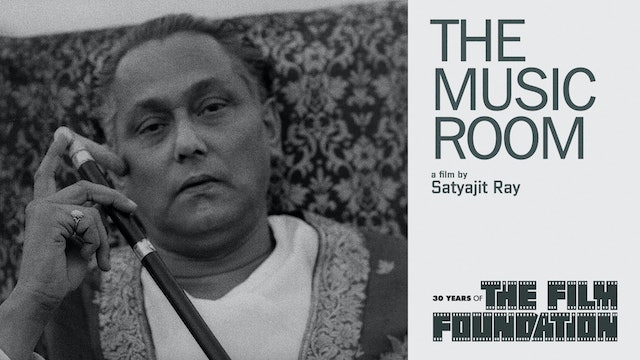 With THE MUSIC ROOM (JALSAGHAR), Satyajit Ray brilliantly evokes the crumbling opulence of the world of a fallen aristocrat (the beloved actor Chhabi Biswas) desperately clinging to a fading way of life. His greatest joy is the music room in which he has hosted lavish concerts over the years—now a shadow of its former vivid self. An incandescent depiction of the clash between tradition and modernity, and a showcase for some of India’s most popular musicians of the day, THE MUSIC ROOM is a defining work by the great Bengali filmmaker.