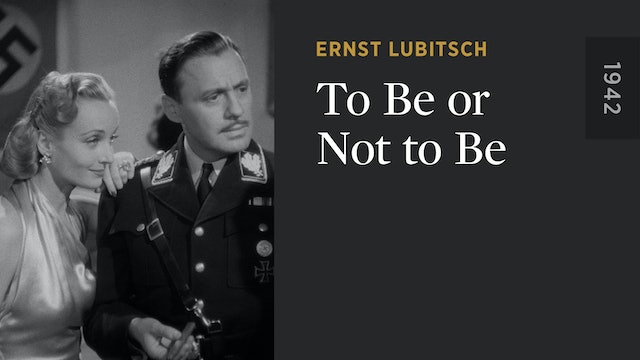 To Be or Not to Be

As nervy as it is hilarious, this screwball masterpiece from Ernst Lubitsch stars Jack Benny and, in her final screen appearance, Carole Lombard as husband-and-wife thespians in Nazi-occupied Warsaw who become caught up in a dangerous spy plot. TO BE OR NOT TO BE is a Hollywood film of the boldest black humor, which went into production soon after the U.S. entered World War II. Lubitsch manages to brilliantly balance political satire, romance, slapstick, and urgent wartime suspense in a comic high-wire act that has never been equaled. 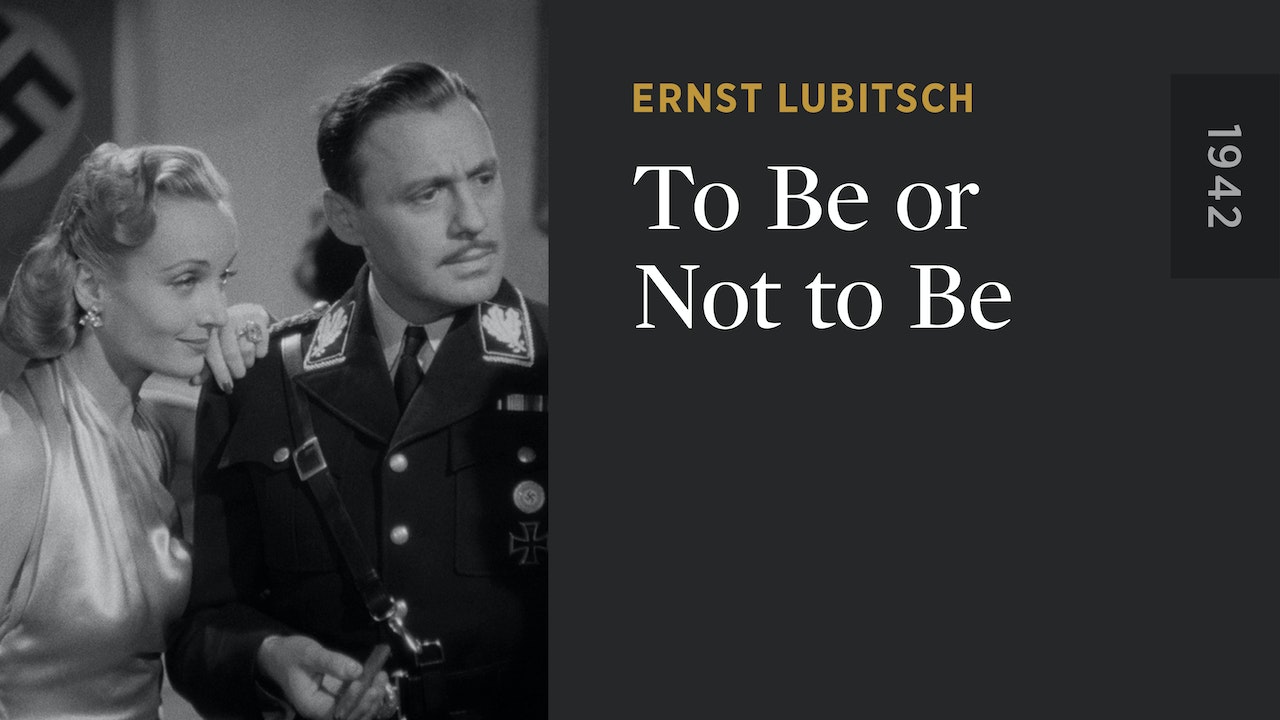