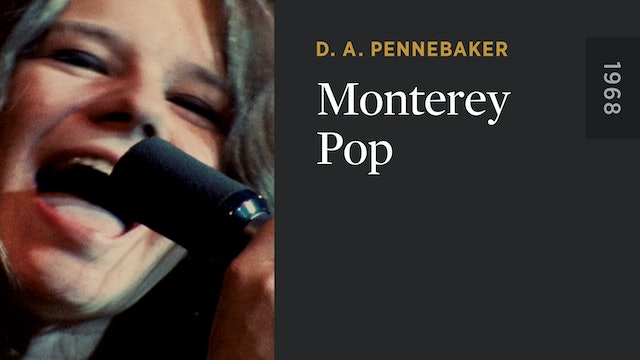 On a beautiful June weekend in 1967, at the beginning of the Summer of Love, the Monterey International Pop Festival roared forward, capturing a decade’s spirit and ushering in a new era of rock and roll. Monterey featured career-making performances by Jimi Hendrix, Janis Joplin, and Otis Redding, but they were just a few of the performers in a wildly diverse lineup that included Simon and Garfunkel, the Mamas and the Papas, the Who, the Byrds, Hugh Masekela, and the extraordinary Ravi Shankar. With his characteristic vérité style—and a camera crew that included the likes of Albert Maysles and Richard Leacock—D. A. Pennebaker captured it all, immortalizing moments that have become legend: Pete Townshend smashing his guitar, Jimi Hendrix burning his, Mama Cass watching Janis Joplin’s performance in awe. 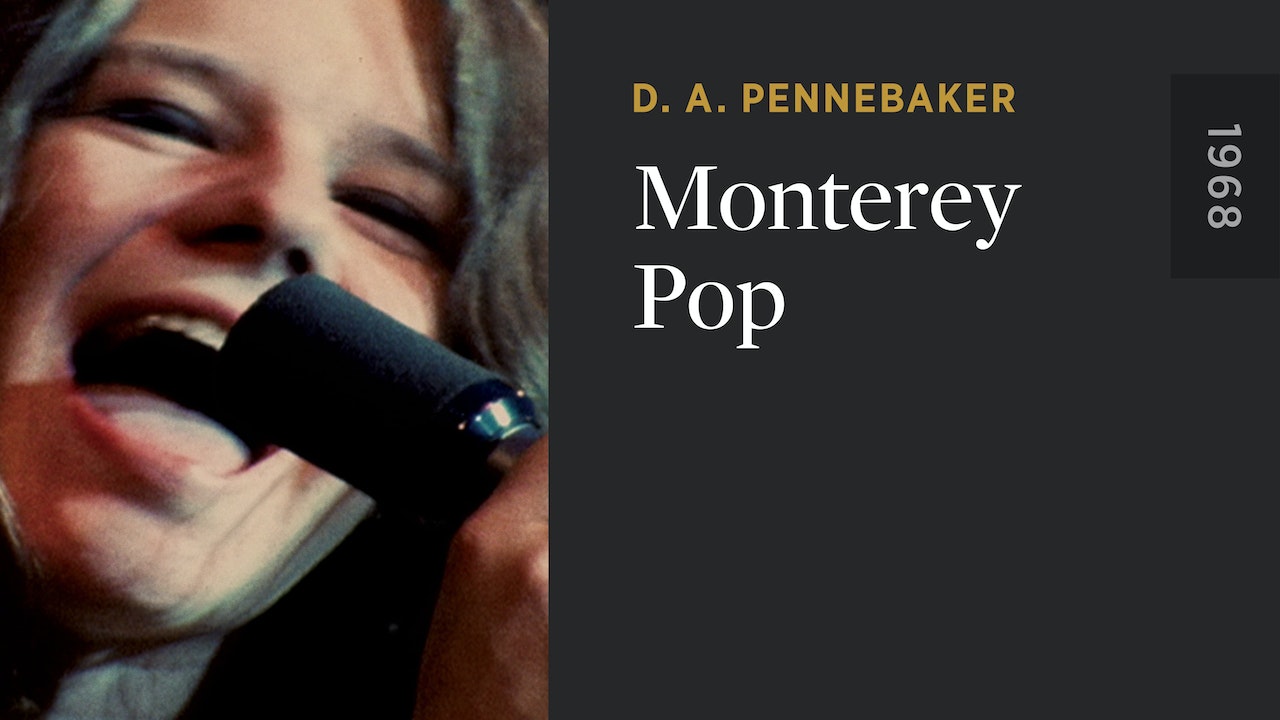